Despite both being thermistors, the only real similarity between NTCs and PTCs is that the resistance of both changes in response to temperature. Beyond that, they work quite differently and serve very different functions. 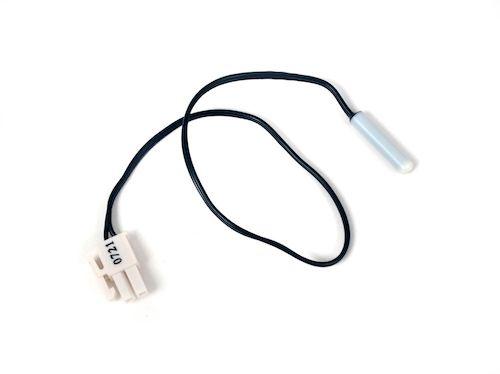 And here's the schematic symbol for an NTC:

NTC thermistors are generally what people are referring to when they just say "thermistor." The resistance of these thermistors increases when temperature decreases, and vice versa -- that's what Negative Temperature Coefficient means. The resistance and temperature are inversely proportional, for those of you who remember your grade school math classes. 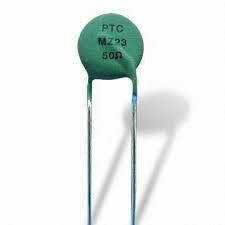 And here's the schematic symbol for a PTC:

Even visually, you can easily tell them apart. But the differences go much deeper than the surface.

As you may have guessed, PTC thermistors are the opposite of NTCs -- a PTC's resistance increases as its temperature increases, and vice versa. The resistance and temperature are directly proportional.

Why is it that PTCs and NTCs are each uniquely suited for different tasks? Why couldn't you use a PTC to measure temperature, or an NTC as a thermally controlled switch?

The answer is that these types of thermistors are each engineered to perform a certain function, and they each have qualities that make them uniquely suited for their particular function. The most important of these qualities is the thermistor's temperature curve. Take a look at the graph below: 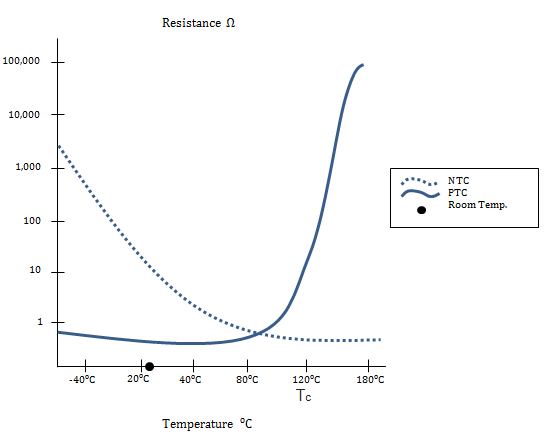 As you can see, neither type of thermistor is linear -- that is, neither one changes its resistance in a neat, regular way in response to temperature. Rather, each type has a specific curve that its resistance follows as temperature changes.

NTCs have a smooth, gentle curve. This allows the control board to get a lot of resolution on exactly what the temperature is anywhere along that curve.

Compare that to the PTC's curve -- once it hits about 100 C (this graph is just an example -- different thermistors have different specs) the resistance skyrockets. That's how PTCs function essentially as thermally controlled switches. As soon as a critical temperature threshold is reached, the resistance climbs so high so quickly that it becomes an open in the circuit.

The gentle curve of an NTC makes it uniquely suited as a measurement device, and uniquely unsuited as a reaction device. And the same is true in reverse for a PTC.

This was just a brief overview of these interesting little pieces of technology. If you would like to take a deeper dive, we've got a couple of webinar recordings available exclusively to our premium tech members that explain it all.