Appliance Repair Training Webinar Recordings
DISCLOSURE: We may earn a commission when you use one of our coupons/links to make a purchase. 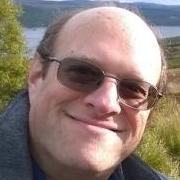 The gas valve is supposed to close quickly if the current drops below the minimum current. There shouldn't be a "partially open" state.

FWIW, I think you're spinning your wheels without a manometer. If it has been running properly for a long time, and is suddenly acting up ,especially after replacing the burners, there is almost