Imagine you're in this situation: you're trying to do some ohms testing on heater of an LG electric dryer. You're reading 21 ohms across a single coil, and 42 ohms through both coils. But when you look at the spec on the schematic, you're seeing almost exactly half that: 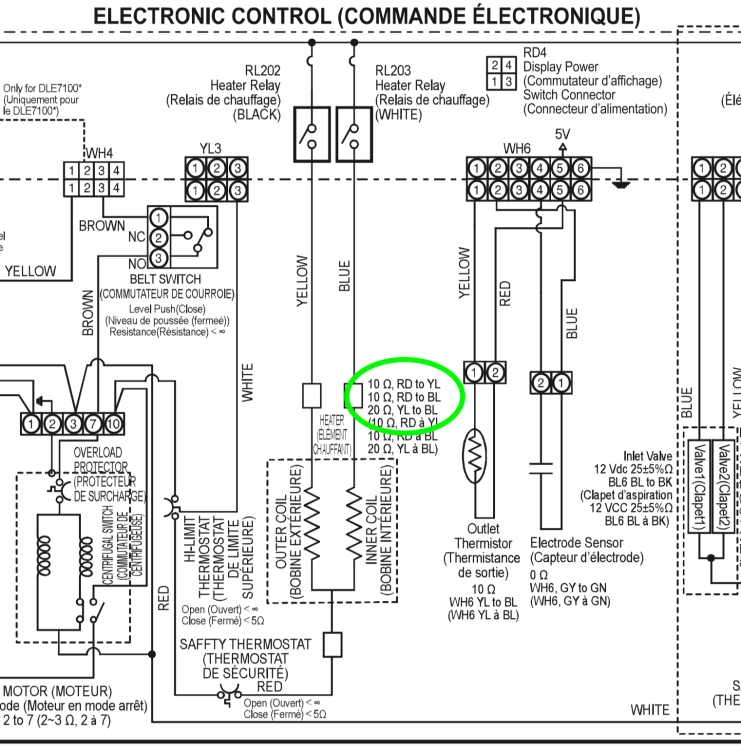 Weird. Maybe the heater is out of spec, but that's a weird discrepancy. And it's bizarre that we're reading double the specs given.

Can we can get a second opinion? You look elsewhere in the manual, and you find another set of ohm specs that are even more confusing: 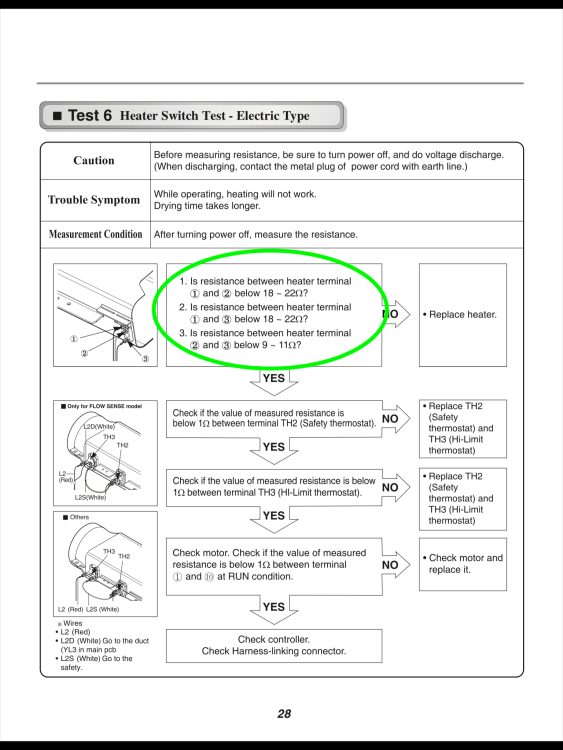 We've got a couple of issues here. A measurement is meaningless unless you have a reliable set of specifications to compare it to. And so far, our specs seem a little suspect. This is unfortunately common, especially with LG and Samsung. Easy for things to get mixed up in the transition from Korean to English.

Another problem is that we're doing an ohms test. Sometimes you have to do these, but they're one of the least reliable and informative types of tests you can do. Is there a more clever way we can go about this?

If we look for a different kind of heater spec elsewhere in the manual, we do find this wattage spec:

Okay, that's something. But do we know it's correct? After all, we've been suspicious of all the specs in this manual so far. Who's to say this one is any better?

The most authoritative, canonical spec you can find is the one printed on the part itself. And in this age of the Internet, we don't need to tear apart the machine to find that. We can just do a quick lookup at our favorite parts site! 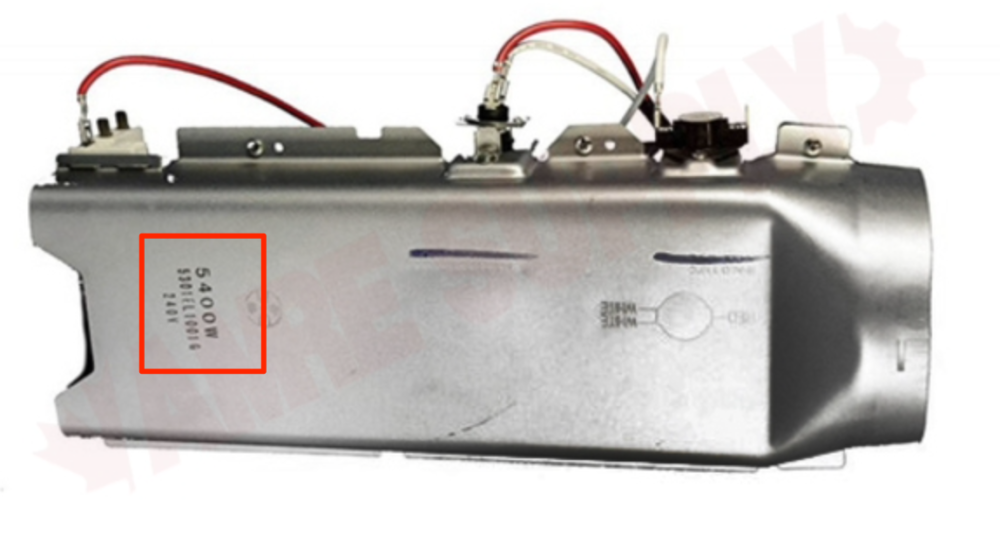 All right, now we're cooking. We've confirmed that we have a solid spec to work with: 5400 watts. With this, we could just do an amp reading on the heater circuit to check if it's operating within spec -- no unplugging and ohm-checking needed! Converting from amps to watts is easy with everyone's favorite Ohm's law equation (and my favorite dessert):

But if we really need to do that ohms test, this enables us to figure out what the proper ohm spec for that heater should be using another Ohm's law equation:

Besides, if our interest was just in checking that the heater was in spec, we could have done that with so much less hassle by doing a simple amps measurement. Avoid ohms when you can! They're more trouble than they're worth.

Want to learn how to understand electricity, make meaningful measurements, and read schematics with confidence? Take the Core Appliance Repair Training course today over at the Master Samurai Tech Academy.