Anytime you work on a refrigerator with a control board, you've got multiple NTC thermistors in play. With how ubiquitous these devices are, it's important to know them inside and out -- especially how to test them. That's why we've made a webinar all about NTC thermistor technology for your viewing pleasure!

In this short excerpt from one of our many technical training webinars, we cover topics like:

Watch it now for free!

Want to watch the full webinar? Click below -- viewable only by premium members. 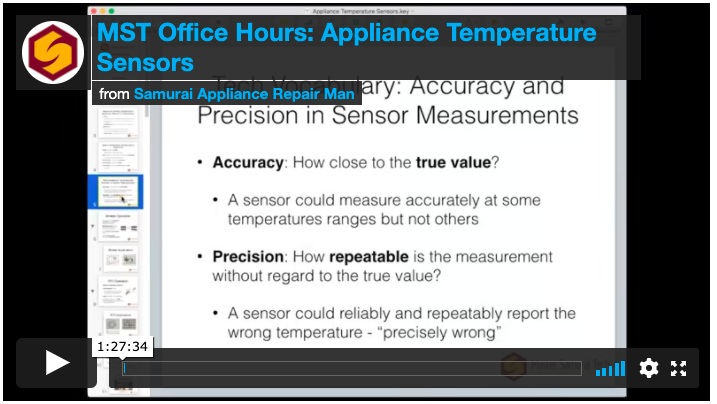